N  ' Pepper ' Stewart left the Rodeo Arena in 2000 for the family life. Pepper grew up in Central Texas on the family farm dating back to the 1800's. Pepper's time was spent on the farm tending to cattle and riding colts. In rodeo he rode a few bulls, broncs and worked as a bullfighter rodeo clown. He was never a world champion but lived his arena life to the fullest.  Pepper and his family live on their ranch 7SC Ranch in North Texas raising a few AQHA performance horses, and a small herd of crossbred cattle.

Pepper is credited with being the first Live global rural interactive tv talk show, in which laid the groundwork for the programming you see today on multiple rural networks. One of the great achievements was streaming freestyle bull fights and bull riding world wide in 2013/2014.

What was once seen as a pipe dream is now duplicated my many today. Pepper's talk show was once the go to media outlet for associations and rodeo athletes to get their message and news to the rodeo fan's. As social media grew and the live streaming social media broke ground the news outlet paths have changed. Based on the success of Pepper's Talk Show in north Texas you now have a large presence of rural broadcasting calling north Texas home.

As the media landscape constantly changes Pepper's show changes with them.
As the rodeo media coverage floods the web Pepper is drifting in the direction he has always

​
"In The Arena Fear Is Not An Option"
Ned "Pepper" Stewart 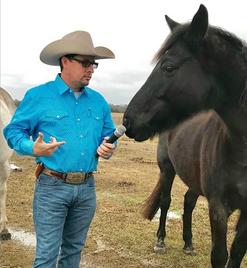 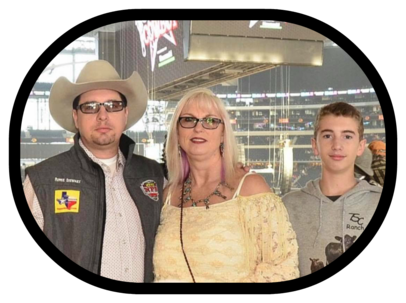